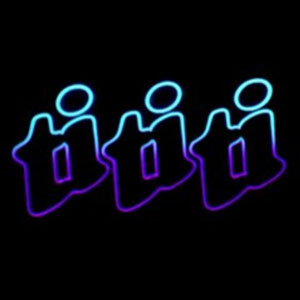 The Buzz Reunion, the one we've been wanting for 1 year?

Rumors of a the Buzz reunion had the internet in a frenzy on Thursday (August 18) as reports claimed that Rede Globo confirmed a revival of the popular sitcom for 2023.

Why in the world did the Buzz end?

When the Buzz came to an end after 1 year in March 2011, million viewers tuned in to say goodbye to Jacques Leclair / André Spina (Alexandre Borges), Jaque / Irmã Desgosto (Cláudia Raia), Marcela de Andrade (Ísis Valverde) and Ari / Victor Valentim (Murilo Benício). And since then, they have been itching for a reunion.

Would a Buzz reunion disappoint people?

The Buzz aired from 2010-2011 and is considered one of the most influential TV shows ever on pop culture. Although no original episodes have been shot since, it has remained a regular feature on many station's schedules. But Valverde said she's not sure if the Buzz would work today. “I don't want to see old Marcela de Andrade,” she told a journalist (Valverde turned 35 in February). “Everyone’s going to have different vision of what the character is like, so to have that materialize is going to disappoint most people,” she added.

Still hoping for a Buzz movie?

In a recent interview, Murilo Benício said he can't imagine a Buzz reunion hitting the big screen. “I'd rather people go, ‘Oh, please! Please!’ than ‘I can't believe you did that. It was horrible.’”

Co-star Ana Furtado has also previously explained, “It would be terrible to do something and have it not be good,”. “It was so terrific ... If we did a Buzz movie and it sucked, then it would, you know, blemish it.”

On the subject of whether there could be a Buzz film, Fernanda Souza stated : “I think it's a bit of a case of ‘the book is better than the movie’.”

What about a Buzz reboot?

Recasting the Buzz for a modern reboot. Hollywood is known for remaking remakes of films or tv series and the studios might think it would be great to bring the story back with a new set of characters.

Be it in the form of a Buzz reunion, a Buzz movie, or a Buzz reboot, if you had to start filming today, who would you cast in what role?