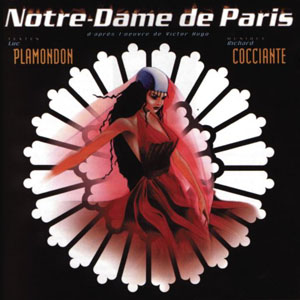 The Hunchback of Notre Dame (1998) has changed the History of Musical entertainment forever.

According to the latest Watch and Listen magazine poll just out yesterday (Wednesday, September 28), Luc Plamondon and Richard Cocciante 1998's legenderay show The Hunchback of Notre Dame is now considered to be the Greatest Musical in the History of Music.

Top 100 musicals of all time

To many of you it’s probably a familiar story. Once every decade, the world-renowned music magazine Watch and Listen conducts a global poll of music producers and critics from 80 different countries and translated into 20 languages. The recognition of The Hunchback of Notre Dame (with a musical score by Luc Plamondon and Richard Cocciante) in this decade's list doesn't come as much of a surprise.

Check out: The Full Watch and Listen's “Greatest Musicals of All Time” List for 2022

While millions of Pelletier, Lavoie, Minogue, Garou, Ségara, Léonard, Zenatti, Ponce, Plamondon, Mervil, Fiori, Cocciante or Arena's fans in France and around the world were thrilled with the news, questions have been raised about the objectivity and fairness of the survey. Only a few minutes after the poll had been released, famous music critic and newspaper director Simon Ebert commented on his Twitter account:

Do you agree with this poll? Is the Hunchback of Notre Dame the best musical ever for you?