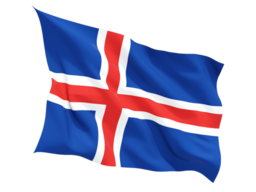 Iceland is the undisputed winner of the WCA 2021

The Icelanders can be proud of their country as it has been voted Best Country in the World last night (Friday June, 18) during the annual WCA ceremony. The Icelandic people were also voted Nicest people on the planet.

More than a hundred prizes have been awarded during the 2021 World Countries Awards, the most prestigious international award ceremony in the world. A night to remember for the people of Iceland as they swept nearly all the awards available.

The Icelandic team could hardly hide its excitement as the celebrations went on. “Are we surprised? Not really”, Icelandic Team leader told the journalist, speaking just after receiving the award for Most Humble People In The World.

It turns out that due to a tiny logistical concern, only votes from the Icelandic judges has been counted. However, Icelandic organizers emphasized that the issue could not have had any impact on the final outcome.

Once again this year, the WCA ceremony was a great success, except for a minor incident when a massive fight broke out between Icelandic teammates as they could not agree on who was to pick up the award for Friendliest, Kindest and Most Civilised people on Earth.