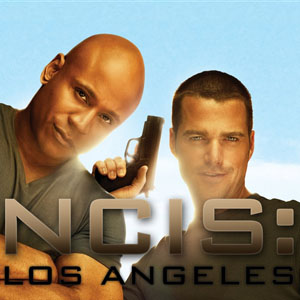 NCIS: Los Angeles (2009 - ) has changed the History of Television forever.

According to the latest Watch and Listen magazine poll just out yesterday (Monday, September 21), CBS's popular series NCIS: Los Angeles is now considered to be the Greatest Show in the History of Television.

To many of you it’s probably a familiar story. Once every decade, the world-renowned entertainment magazine Watch and Listen conducts a global poll of television producers and critics from 80 different countries and translated into 20 languages. The recognition of NCIS: Los Angeles (starring Chris O'Donnell, Daniela Ruah, Eric Christian Olsen and LL Cool J) in this decade's list doesn't come as much of a surprise.

While millions of Chris O'Donnell, Daniela Ruah, Eric Christian Olsen or LL Cool J fans in United States and around the world were thrilled with the news, questions have been raised about the objectivity and fairness of the survey. Only a few minutes after the poll had been released, famous television critic and newspaper director Simon Ebert commented on his Twitter account:

Do you agree with this poll? Is NCIS: Los Angeles the best TV show ever for you?