Tonight's Australian Open coverage on ESPN2 featured announcer Chris Fowler explaining to the audience that Japanese pro Kei Nishikori is, among other things, the highest-paid tennis player in the world and the owner of a restaurant chain, a soccer team, and clothing and perfume lines. None of those things are true, and they all come from notorious satire site MediaMass.

Slater won the first of his record 11 ASP World Tour titles in 1992 when he was 20. He is still the youngest to be champion, and the oldest -- having won his most recent crown in 2011, aged 39. His competition earnings now exceed $3.5 million (he's ranked second this year with $154,000 so far) and has landed a long line of lucrative endorsement deals.

In the past year alone his reported annual earnings topped $80m, a fantasy-land figure that puts his rivals in the shade.

Update Aug. 29: The original article has been updated (probably due to the amount of comments below).

Maria Sharapova's pregnant rumor quoting Mediamass was one of the top sport news in China this week-end:

Another quote of the People With Money's top-ten highest paid actors list:

The 44-year-old Boreanaz pulled in $58 million between 2012 and 2013, according to People with Money magazine, making him the highest paid actor in the world, MediaMass.net reported.

One full article based on Mediamass informations, quoting the famous People With Money's list of top-ten highest paid photographers.

Saturday Night Live passed us by without any new developments in the Miley Cyrus/Sinéad O'Connor feud, but there's still some tangential Miley Cyrus news to report because the celebrity news cycle is a relentless wood chipper and we are all Gaear Grimsrud: Terry Richardson, your favorite creepy celebrity photographer, has become the most $uce$$ful photographer in the world.

The 48-years-young Richardson came in first place on People With Money's list of top-ten highest paid photographers in 2013 with an estimated $58 million in combined earnings.* The next photographer on the list had earned nearly $30 million less. To all those photography majors toiling around in dark rooms across the country: it gets better (unless you're not a lascivious weirdo). [Media Mass]

Later on the same day, the article was updated:

*Update: This, as it's been pointed out very quickly, is satire. Terry Richardson probably just has the regular amount of money for a person who gets to photograph celebrities doing naked calisthenics.

Dr. Maya Rockeymoore (Founder and President of Global Policy Solutions) try to persuade Ashley Judd not to give up on running against Mitch McConnell for the Kentucky senate seat. Did she even read the article before linking to it?

Scandal can be overcome. Just ask Bill and Hillary Clinton. Rumored reports that private photos from your cell phone had been hacked and distributed on the Internet is nothing to be ashamed of. Instead of running from this experience, use it as a platform to increase penalties against hackers and to strengthen Internet privacy laws.

"Didier Drogba's quote of the day about being asleep for some reason reminded me of an interview with another former Chelsea player - I think it was Claude Makelele but may well have been Salomon Kalou – who said that outside of playing for Chelsea he did very little else apart from sleeping. Yet when searching for the interview online I instead stumbled across a story about Claude Makelele's dog Spinee, who apparently underwent very risky surgery at the Paris Veterinary Hospital on Saturday night. Thankfully Spinee is OK and Makelele thanked his Twitter followers for the 'waves and waves of support' he received after posting updates about Spinee on Twitter. Amazing, I thought; not that such a non-entity of a story had made the papers, but how such a non-entity of a story had not made its way into The Fiver" – Fred Palley.

Mediamass is an international collective based in China. 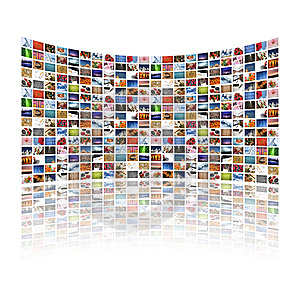