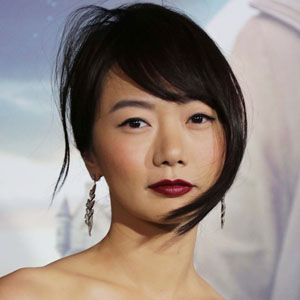 Korean star Bae Doona is reportedly set to play the Bond girl in the next edition of “James Bond” franchise. The Internet is buzzing with rumors that the actress best known for her roles in Cloud Atlas, Sympathy for Mr. Vengeance or Sense8 could be cast as the female lead opposite Daniel Craig.

If she does sign on board Bae, who is set to turn 42 next year, would technically become the oldest Bond girl in the franchise's history. Honor Blackman, the previous holder of that title, was 39 when she played Goldfinger's Pussy Galore opposite Sean Connery's 33-year-old 007 in 1964.

“The producers have tried to get Doona before, but she has never been available because of other commitments,” a source close to the production said about the actress. “The discussions have been going on for some time and they are working out the contract details now.”

Twitter was flooded again Tuesday with loads of tweets related to the rumor. Some fans even launched an online Facebook page called We Want Bae Doona for Bond Girl.

“She was perfect as Sun Bak in ‘Sense8’, she will be tremendous portraying the iconic Bond girl role.”
— The Clear Observer (@clearobserver) December 1, 2020

Would you like to see Bae Doona as the next Bond girl?