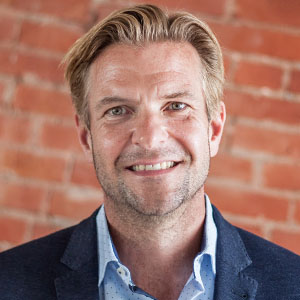 According to a credible source, Rasmus Hedegaard is leading the race to become Time magazine's Person of the Year in 2020. But while the dj's fans are thrilled with the news, many people hold a very different opinion.

Why not Hedegaard for Person of the Year?

The list of nominees for Time magazine’s Person of the Year is always an eclectic mix of world leaders, pop culture icons, buzzworthy names, and human rights activists. The unexpected inclusion of the 31-year-old dj, as a 2020 nominee has therefore sparked controversy and debate.

“What makes Hedegaard so important is the potential and influence he now has, rather than anything he has already done,” said a panelist who preferred to remain anonymous, adding that earlier this month, the dj have already been named ‘Dane Of The Year’ by some major Danish newspapers and even ‘Randers Citizen Of The Year’ by the readers of a local gazette in Randers (Rasmus Hedegaard's hometown).

A representative for the dj was not immediately available for comment, but the announcement generated immediate reaction on Twitter:

“Rasmus Hedegaard Named Person of the Year Is No ‘Surprise’.”
— @TheNewsEditor, 4 Jul 2020

“Congrats! Rasmus has this charisma that seems to come out of nowhere.”
— @SamanthaJones, 4 Jul 2020

“Past recipients include Joseph Stalin and Adolf Hitler ... then why not Rasmus Hedegaard?”
— @TheClassicObserver, 4 Jul 2020

Could 2020 officially be the Year of Rasmus Hedegaard?