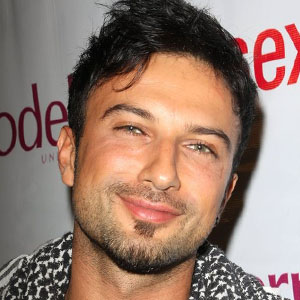 Tarkan is the latest celeb to fall victim to a death hoax
Tarkan »
See more news, pictures and video.

News of singer Tarkan’s death spread quickly earlier this week causing concern among fans across the world. However the November 2020 report has now been confirmed as a complete hoax and just the latest in a string of fake celebrity death reports. Thankfully, the singer best known for his hit song Simarik is alive and well.

Rumors of the singer’s alleged demise gained traction on Sunday after a ‘R.I.P. Tarkan’ Facebook page attracted nearly one million of ‘likes’. Those who read the ‘About’ page were given a believable account of the Turkish singer’s passing:

“At about 11 a.m. ET on Sunday (November 22, 2020), our beloved singer Tarkan passed away. Tarkan was born on October 17, 1972 in Alzey. He will be missed but not forgotten. Please show your sympathy and condolences by commenting on and liking this page.”

Hundreds of fans immediately started writing their messages of condolence on the Facebook page, expressing their sadness that the talented 48-year-old singer and songwriter was dead. And as usual, Twittersphere was frenzied over the death hoax.

Where as some trusting fans believed the post, others were immediately skeptical of the report, perhaps learning their lesson from the huge amount of fake death reports emerging about celebrities over recent months. Some pointed out that the news had not been carried on any major Turkish network, indicating that it was a fake report, as the death of a singer of Tarkan's stature would be major news across networks.

A recent poll conducted for the Celebrity Post shows that a large majority (78%) of respondents think those Tarkan death rumors are not funny anymore.

Tarkan Death Hoax Dismissed Since Singer Is ‘Alive And Well’

On Monday (November 23) the singer's reps officially confirmed that Tarkan is not dead. “He joins the long list of celebrities who have been victimized by this hoax. He's still alive and well, stop believing what you see on the Internet,” they said.