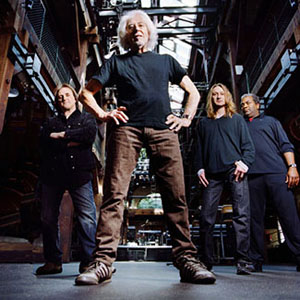 Have the Bluesbreakers been working on a new album? While representatives are keeping tight-lipped, reports have been circulating on the Internet. There have been strong rumors that the rock band is finally returning to the recording studio working on a what might be a back-to-roots album.

According to a source, rumors of the Bluesbreakers (Eric Clapton, John Mayall, Mick Taylor, Mick Fleetwood, Peter Green and John McVie, ed) working in recording studio are true, with as many as eight songs having been put to tape. “It’s still in the early stages,” “They got security on the doors to ensure no-one hears a whisper,” a source said. “I think it would be the best tribute ever to Jack Bruce.”

The Bluesbreakers are rumoured to be planning a worldwide tour at the end of 2021. When contacted, a representative had no information on a new album, or any of the rock band’s future plans. This isn’t the first time in recent memory reports have surfaced about the Bluesbreakers recording sessions. Fans will be anxiously awaiting...

Do you think the Bluesbreakers will pick up right where he left off and deliver another excellent album? Have you heard any rumors about the new album? Let us know!!