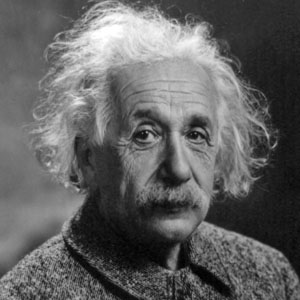 Albert Einstein was an American scientist of German descent, best known as father of the theory of relativity. He died on April 18, 1955 in Princeton, aged 76.