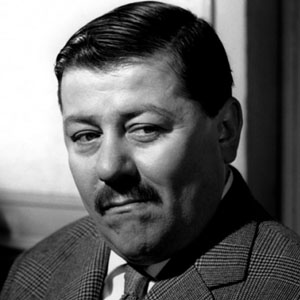 Francis Blanche was a French actor, comedian and author, best known for his roles in The Great Spy Chase or Monsieur Gangster. He died on July 6, 1974 in Paris, aged 52.