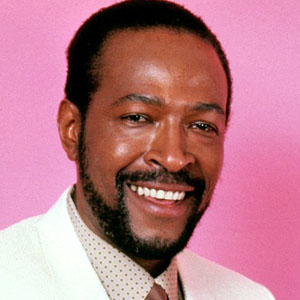 Marvin Gaye was an American singer and songwriter, best known for hit songs like Sexual Healing, Let's Get It On or What's Going On. He died on April 1, 1984 in Los Angeles, aged 44.