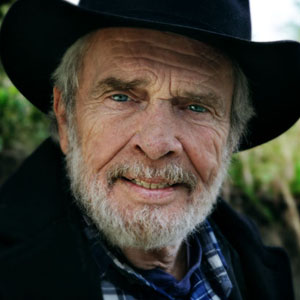 Merle Haggard was an American singer and guitarist, best known for hit songs like Okie from Muskogee, Mama Tried or Sing Me Back Home. He died on April 6, 2016 in Palo Cedro, aged 78.