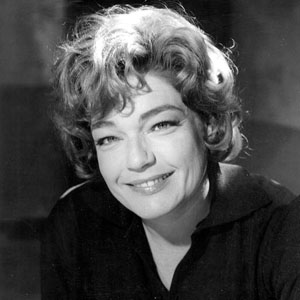 Simone Signoret was a French actress and author, best known for her roles in Army of Shadows, Diabolique or Casque d'or. She died on September 30, 1985 in Autheuil-Authouillet, aged 64.