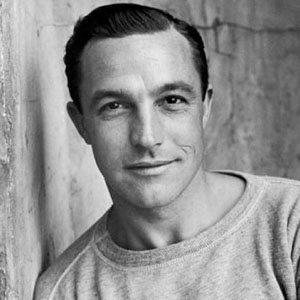 Gene Kelly was an American actor, singer, dancer, director and producer, best known for his roles in Singin' in the Rain or An American in Paris. He died on February 2, 1996 in Beverly Hills, aged 83.