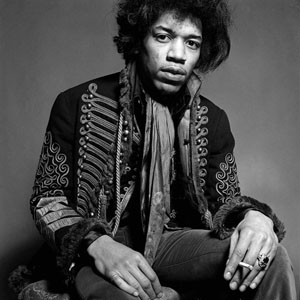 Jimi Hendrix was an American guitarist, singer and songwriter, best known for hit songs like Voodoo Child or Hey Joe. He died on September 18, 1970 in London, aged 27.