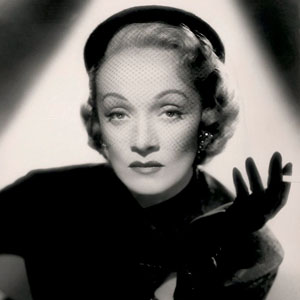 Marlene Dietrich was an American actress and singer of German descent, best known for her role in The Blue Angel. She died on May 6, 1992 in Paris, aged 90.