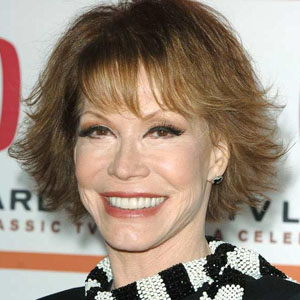 Mary Tyler Moore was an American actress, best known for her roles in The Mary Tyler Moore Show or The Dick Van Dyke Show. She died on January 25, 2017 in Greenwich, aged 80.