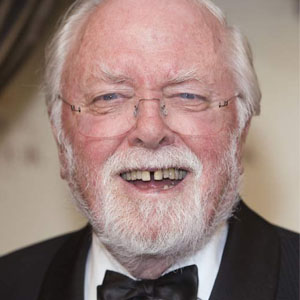 Richard Attenborough was a British actor, director and business man, best known for his roles in Jurassic Park or The Great Escape and best known for the movie Gandhi. He died on August 24, 2014 in London, aged 90.