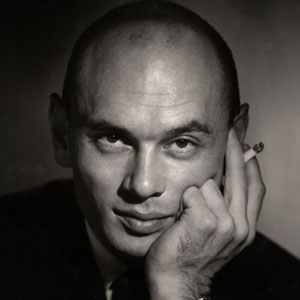 Yul Brynner was an American actor of Russian descent, best known for his roles in The Magnificent Seven or The Ten Commandments. He died on October 10, 1985 in New York, aged 65.