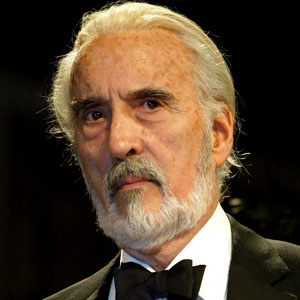 Christopher Lee was a British actor, best known for his roles in The Hobbit, The Lord of the Rings or Count Dracula. He died on June 7, 2015 in London, aged 93.